Meet Farhad: Taking the Lead on Kafka and Druid Integrations 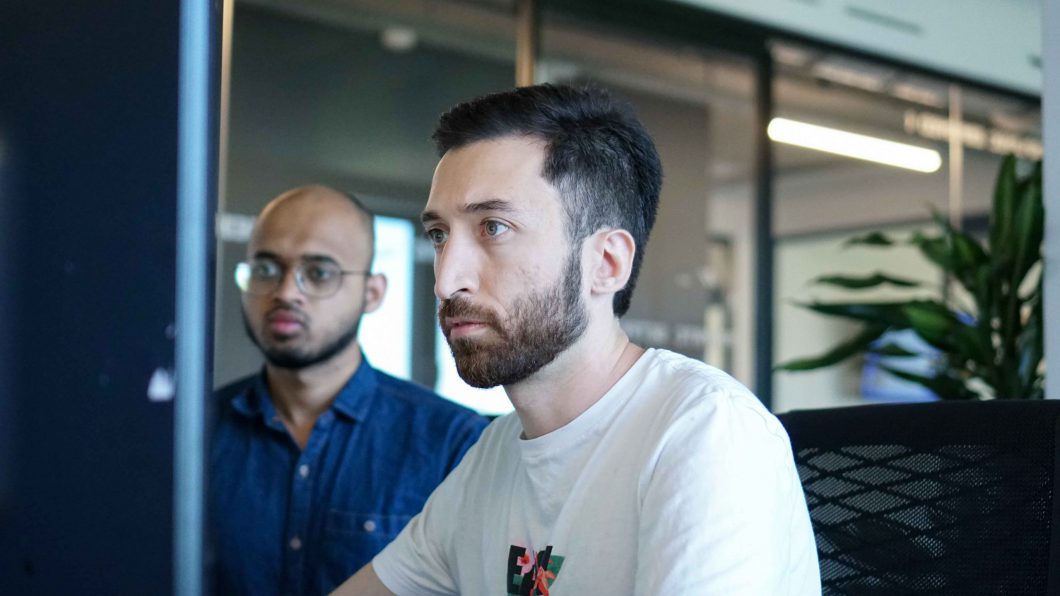 “At adjoe, the sky is not the limit. There is no limit. If you have an idea that could improve the business, that could grow the technologies we are using to make our lives easier, adjoe will back the idea. And the resources will be assigned.”

A graduate in IT engineering, Cloud Engineering Tech Lead Farhad Farahi has been part of adjoe’s ever-expanding Tech teams from almost the very beginning, since 2018. Having previously dabbled in backend development, the essence of Farhad’s projects now live by DevOps standards of “out with the old, in with the new.”

The cloud technologies specialist has spent the last months taking complete ownership of designing, automating the deployment, and monitoring both Kafka and Druid on Kubernetes to replace adjoe’s current technology. Being responsible for substantially cutting infrastructure costs and scaling up technology to handle growing traffic is just one end goal. Switching to new systems means Farhad will very soon significantly speed up the dashboards for end users by at least 300 percent.

This or That: Seeking the Right System

Based on adjoe’s data size – streams with millions of items per day and tables with billions of rows – it was up to Farhad to choose the right database and combination of products to replace both Kinesis and RedShift. adjoe has four billion rows in one of the tables, which could grow to between 40 and 400 billion rows when the company’s new rewarded video project goes live in the near future.

After working on data-streaming platforms in production – from ClickHouse, Druid, Redpanda, and Kafka – and with the input of adjoe’s Tech team, the DevOps team opted for Druid on Kubernetes. This was based on its ease of management, deployment, and high performance. Kafka was then the go-to option to handle the massive amount of data processed at adjoe coming from millions of users distributed around the globe every day. That is, the daily clicks, views, installs, and other in-app events occurring in apps with adjoe’s SDK.

Automation and Optimizations on Kubernetes

After Farhad decided to run Druid and Kafka on Kubernetes, he started on automation and streaming data to Druid and from Kafka to the data lake. Signaling adjoe’s great move away from the more expensive Kinesis.

They perform the optimizations in Terraform and then apply the changes, so everything is in sync. Then they don’t need to make manual changes in various dashboards.

Following successful deployment to the frontend, Farhad’s DevOps team is now considering connecting the Kafka cluster with the stream-processing tool Apache Flink® to enrich streaming data via data in various database backends before populating the data lake. The Flink cluster will be deployed on the Kubernetes cluster using the official Kubernetes operator. This would be the last piece of the puzzle for Farhad’s project.

With Farhad’s integration of the new technologies, query times have improved by a factor of three to fifteen. And now that the backend is live, Farhad is working with adjoe’s frontend developers to deploy the frontend counterpart.

By choosing to integrate Druid and Kafka on Kubernetes – and with this drastically improved query performance – end users will soon have access to a vastly richer analysis, as adjoe’s backend developers can use more complex queries. These might have taken minutes on the old system. With the new systems in place, they will take milliseconds to seconds. Publishers and partners might soon have access to a graph in the dashboard that will show a longer time frame. Dashboard users will, for example, soon be able to see data such as app user distribution per country (in percent) from months to years.

Overall, the end users of adjoe’s dashboards – including adjoe’s own account managers in the Business teams – will be able to observe significantly more quickly how campaigns are performing, how much revenue is being generated, and how an SDK is performing. Key data that can ultimately drive business.

Calling the Shots for DevOps at adjoe

With little previous production experience in Kafka or Druid, Farhad readily became the director, driver, and decision-maker. Not only for introducing new technologies and improving adjoe’s existing environment with cross-team collaboration from frontend and backend developers. But also for his own career growth.

From diving into risk management, data loss and downtime, and the future of a product – testing other databases, reading relevant documentation, finding workarounds in GitHub’s open source projects, and studying source code. Farhad became a self-made specialist in various technologies. This enabled him and will continue to enable him to select the right technologies for adjoe. Especially, as the DevOps team plans to expand over the next months.