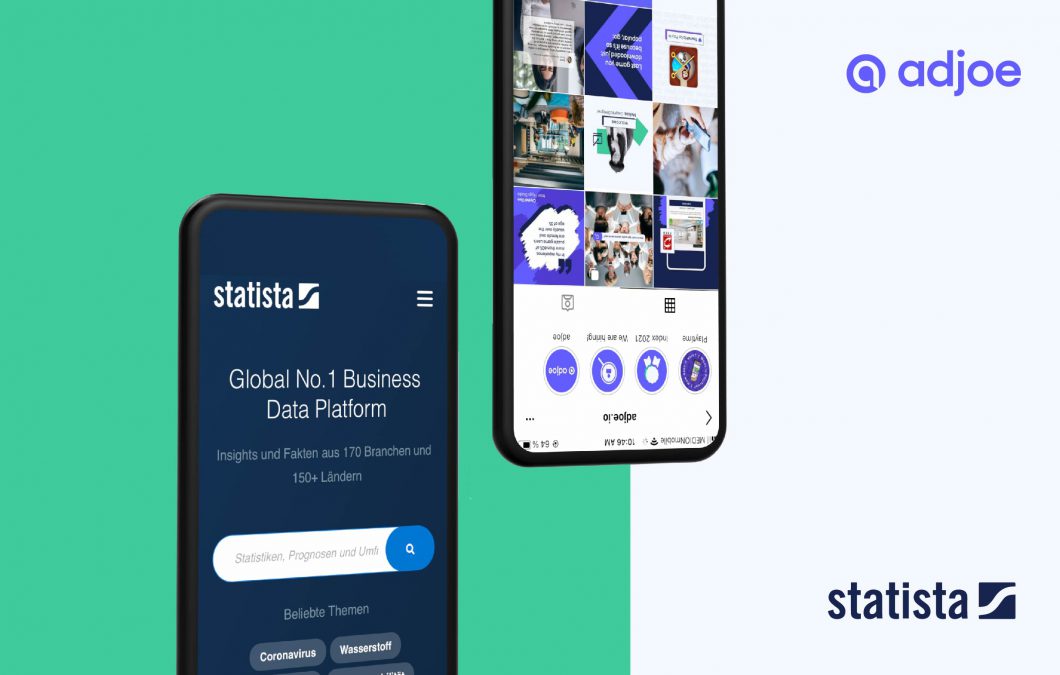 Social app consumption dominates over the competition in the newly published adjoe–Statista Market Outlook featuring adjoe user behavioral data. According to the adjoe data, users spend on average triple the amount of time in social apps compared to the overall average, spending nearly one hour a day on these platforms globally.

While social apps undoubtedly play a key role in the everyday mobile user’s life, adjoe has also found various differences in consumption patterns by a user’s gender and geolocation. According to the data, adjoe has found that European users are the most connected. On average, they spend 15 percent more time engaging with social apps than the rest of the world. In addition, the data shows that females spend 26 percent more time in the apps than their male counterparts.

Given the vast amount of time users are spending on these apps daily, apps have manage to monetize very well over the past year, with an unprecedented revenue growth rate of 41 percent in 2020. This is further seen by the average revenue per download growing over the past year by an impressive 13 percent to achieve 3.46 US dollars in 2020. It is expected to grow another 13 percent by the end of 2021.

However, as the 2020s forge on, we’re entering a postpandemic mobile landscape. Social apps will continue growing, however, at a slower rate than the past two years. Making for a more challenging monetization climate to come.

Mobile games lead the pack as the most downloaded app category and is forecasted to grow by an additional 18 percent by the end of 2021.

While social apps have imprinted themselves into the social fabric of society, mobile games come in second place, with nearly 2.4 billion people playing mobile games. With that in mind, mobile gaming has continued its impressive 2020 growth trajectory into 2021. The report forecasts that the number of installs generated will continue growing by another 18 percent this year to achieve a staggering 116 billion downloads.

Similar to social media’s ability to keep users connected during the pandemic, the growth in gaming can be related to its ability to fill the void as users are confined to their homes.

With such a significant presence in the everyday user’s life, understanding the gamer’s consumption patterns can give gaming companies additional insights into the development of this app vertical.

According to the adjoe data, casual gamers are among the most engaged users, spending on average 24.3 minutes a day. This is nearly 50 percent higher than the average amount of time users spend a day playing gaming apps. A major driver of the success of casual games has been its ability to effortlessly engage users again and again throughout the day as these games are designed for shorter and more frequent session times.

The report shows, however, that one market has proven to have a slight favorability towards hardcore games with North American users spending the most time in hardcore games with an average of 19 minutes a day compared to a mere 17 minutes in casual games.

In addition to the global favorability towards casual games, the data shows that like social apps Europeans, as well as female users, are the most engaged gamers. adjoe has found that women spend 13 percent more time than men playing games, and Europeans are spending on average 10 percent more time than the rest of the world gaming.

So, What’s the Future of the Mobile Market ?

As the world enters a new postpandemic era, adjoe and Statista intend to continue providing app studios with regular insights to help evaluate the app market and its future potential. Following the introduction of the App Market Outlook, adjoe and Statista will be producing a Mobile Game Index later this spring to bring additional insights into the growing mobile gaming market.